As Writing 101 draws to its close, the staff is getting sentimental. They want us to describe the melodrama of a landlord evicting an old widow as seen by a twelve-year-old boy. Thanks, I’ll pass on this tear jerker. I’ll re-do this sad story into a grotesque story in the vein of Flannery O’Connor (whom I hate, but she has a point). This is a newspaper cutting from Nowhere News, an obscure regional paper.

NOWHERE – Yesterday a retired woman jumped out of the window to interrupt the work of debt collectors.

Mrs Nobright fell down from the third floor on the house’s common vegetable garden. She was transported to the nearest hospital in Somewhere with a broken leg, concussion and multiple scratches and bruises. The hospital representative says her life is “not in danger”.

There was a twelve-year-old eyewitness to Mrs Nobright’s fall, who testifies he heard a woman’s screams. When he looked in direction of the noise, he saw Mrs Nobright plunging herself “like Mary Poppins” out of a window. Police searches for further witnesses. No charges are pressed at the moment.

Mrs Nobright apparently lived in her flat alone since the death of her husband three months earlier. She has an extended family, including her six sons, who live in Faraway. Her son Jon Nobright (42) says he is “shocked” and he had “no idea mom was in trouble”. Mr Nobright has already contacted the town council of Nowhere and offered to settle his mother’s debts.

No one should want to be

Writing 101 staff is getting Freudian. They want us to psychoanalyse ourselves by writing out our greatest fear. As Dr Freud enlightened me, my greatest fear already materialised itself when I was born a girl. In his apparent ignorance concerning women, Freud believed that girls were nothing but castrated boys. Every woman then suffers from castration complex, desires to have a penis and also plots to marry her father.

I’d hate to disappoint anyone, but I feel the need to ensure my male readers that Freud’s hypotheses about women are fabrications. I wonder if Freud was more successful in defining the fears and desires of men. I very much hope he was wrong here too. I don’t like the thought that I was my husband’s second choice because what he wanted in the first place was to kill his father and marry his mother. If any man reads this, is that what you want?

Daytime is not too easy on me either. I’m the kind of person who moves like she’s constantly drunk and wearing high heels, though I’m neither. No door is wide enough for me to pass through it smoothly. Normal doors tend to hit me in my face. Automatic doors won’t open for me. I keep on hitting walls and furniture like a malfunctioning Roomba. I think I’m conspiring to kill myself without my own knowledge. That’s my greatest fear.

“Teacher’s Scotch Whisky” (top left): how, oh how did I miss this?! 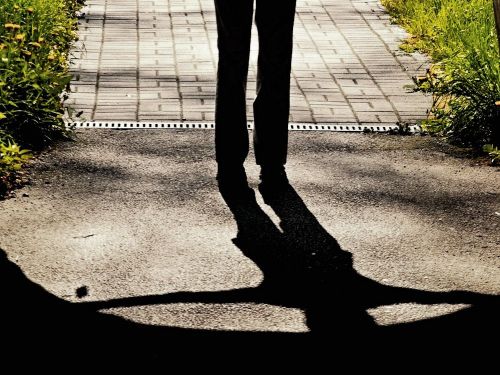 This is me being creepy.

The cat is not weirdly striped; it’s just shadow play on her fur.

All I can say is my usual: whatever it is. Ronovan has a much better explanation, though:

I wonder if she would keep snapping
If she knew what came before
Yes, beneath her stems
A cat relieved . . . on the forest floor

What’s best about this photo is that though it is retouched for colours, sharpness, contrast (ha!) and others, the sunburst and bokeh are indeed the real thing. In response to WordPress Weekly Photo Challenge: Contrast. 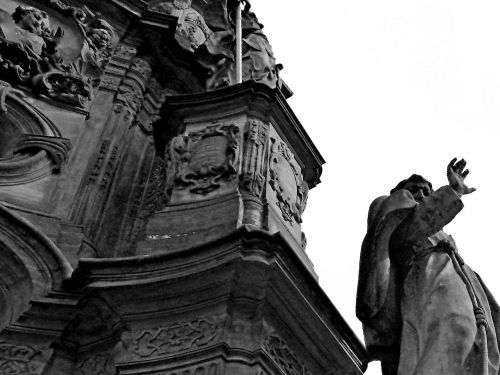 This statue looks very scared to me. Aren’t there any nice statues at all? In contrast to the unlovely statue, here is a lovely poem by my volunteer collaborator Ronovan (don’t forget to check out his blog!):

I must say to thee,
No, you are not welcome here,
Now away with you. 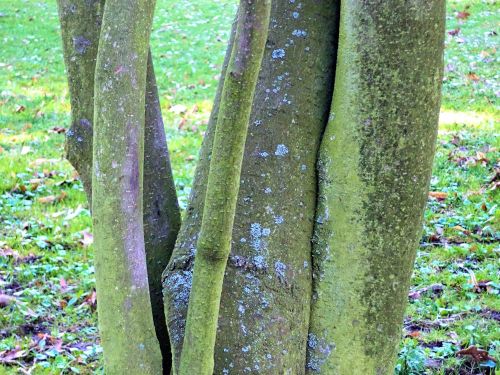 This is a lot of trees growing from a single spot, isn’t it? A huge thanks to Ronovan for his poem to go with the image:

Lean on me in age
As the young ones grow taller,
Their roots bring our fall.

This work by is licensed under a Creative Commons Attribution-NonCommercial-NoDerivatives 4.0 International License.

In other words, it’s mine! Also, why borrow my crap? You can do better!